The following students will be going to Tehran, Iran this 28 July to 4 August 2017 to represent the Philippines in the International Olympiad in Informatics (IOI 2017):

Farrell Eldrian Wu has won in a number of global competitions, including gold medals in both the International Math Olympiad (IMO) and the Australian Mathematics Competition. He was part of the IOI team last year and is on his way to university abroad in August. 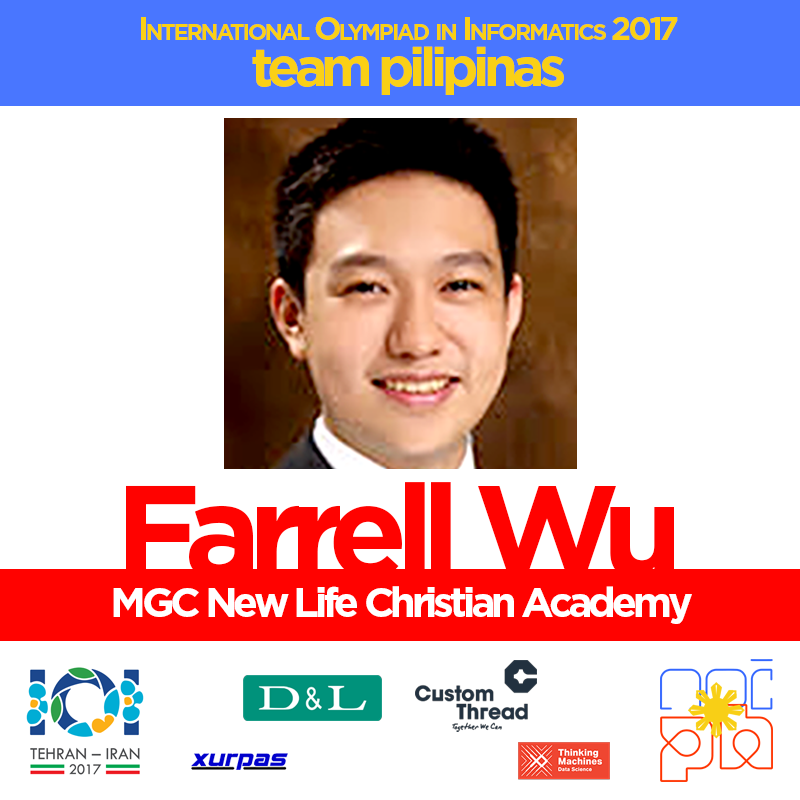 Kim Bryann Tuico is very fond of Mathematics and Science. He has been handling the Mathematics Club and Computer Society Club in his school as an officer for 2 years now. He also has placed in different Programming Contest like Java Cup in the University of the Philippines and Singapore NOI. During his free time, he can be seen playing computer games while listening to the music he likes. After finishing high school, he wants to go to any university in the country that focuses on the field of Computer Science for he plans to have a job related to this matter. 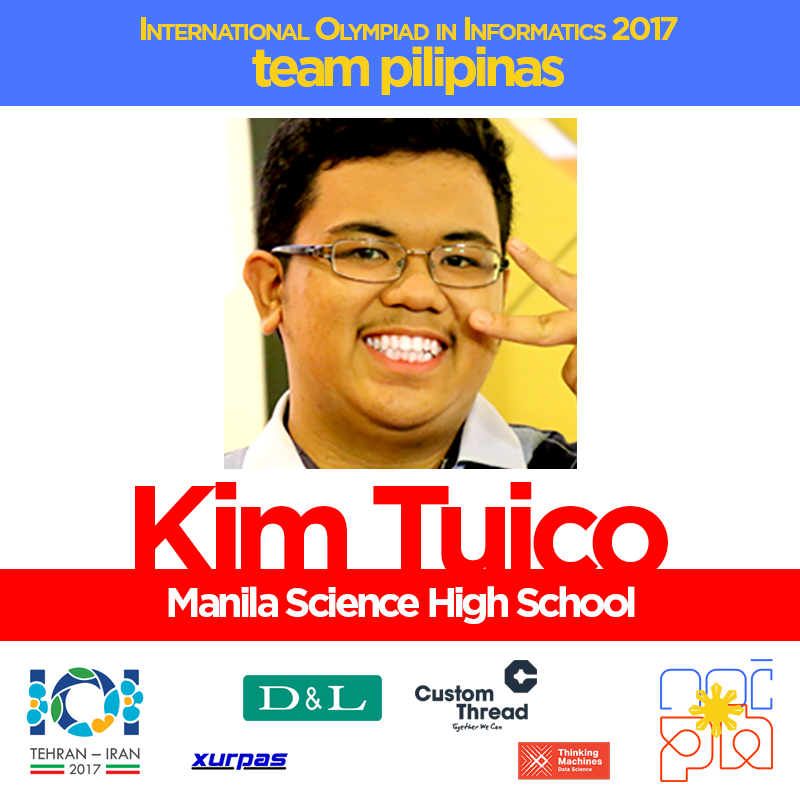 Franz Louis Cesista competed and placed well in various regional and national science and programming competitions. In his spare time, he works on side projects in machine learning and helps other students learn programming. He hopes to obtain a scholarship in a university where he can study artificial intelligence. 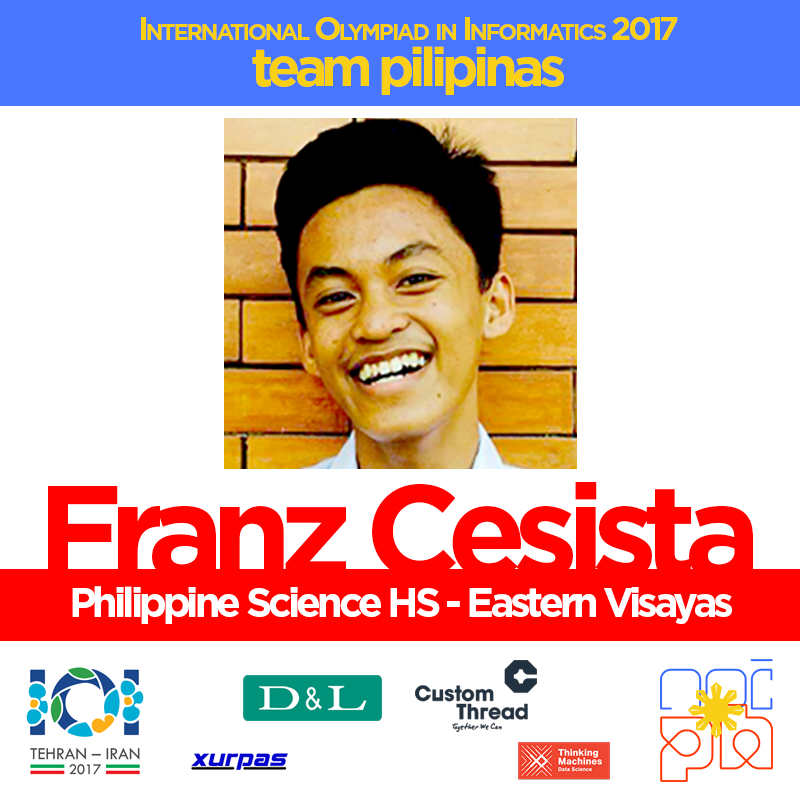 Robin Christopher Yu is a two-time medalist at the IOI and a gold medalist at the recently-concluded 20th Singapore National Olympiad in Informatics. He is interested in game development and has published a number of platformers and rhythm games. He hopes to study in a good university and wishes to do his part in the improvement of the scientific culture of his country. 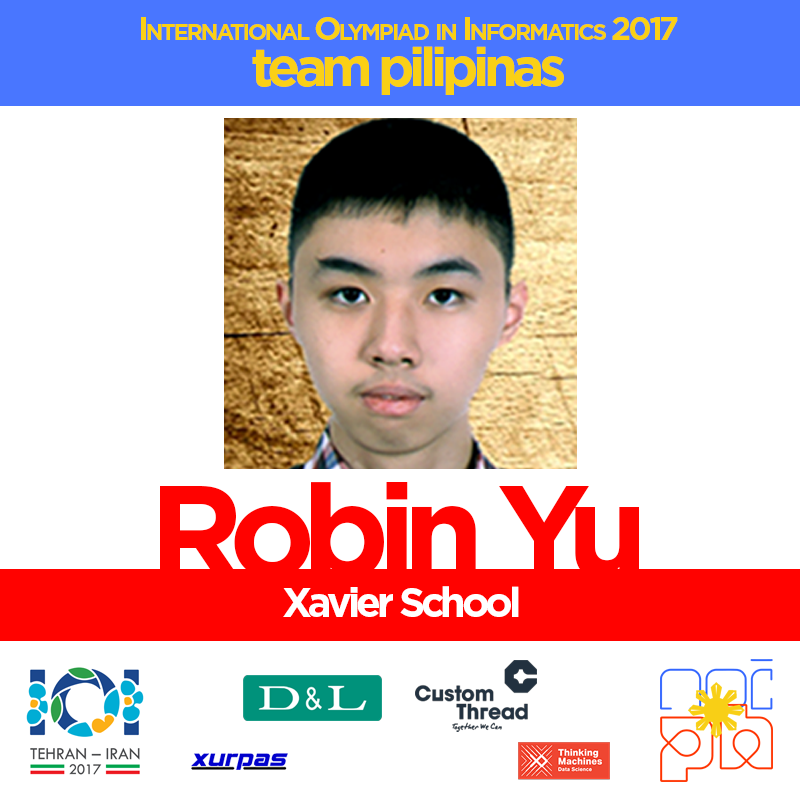 Know anyone who should join next year? Tell them about NOI.PH! Go to https://noi.ph/ or email [email protected] to find out how! Also, like this page for updates.